A month into our travels on Tenerife. We visited Teide Volcano, Santa Cruz and two yoga retreat centres. Scuba diving and snorkelling also featured on our trip. 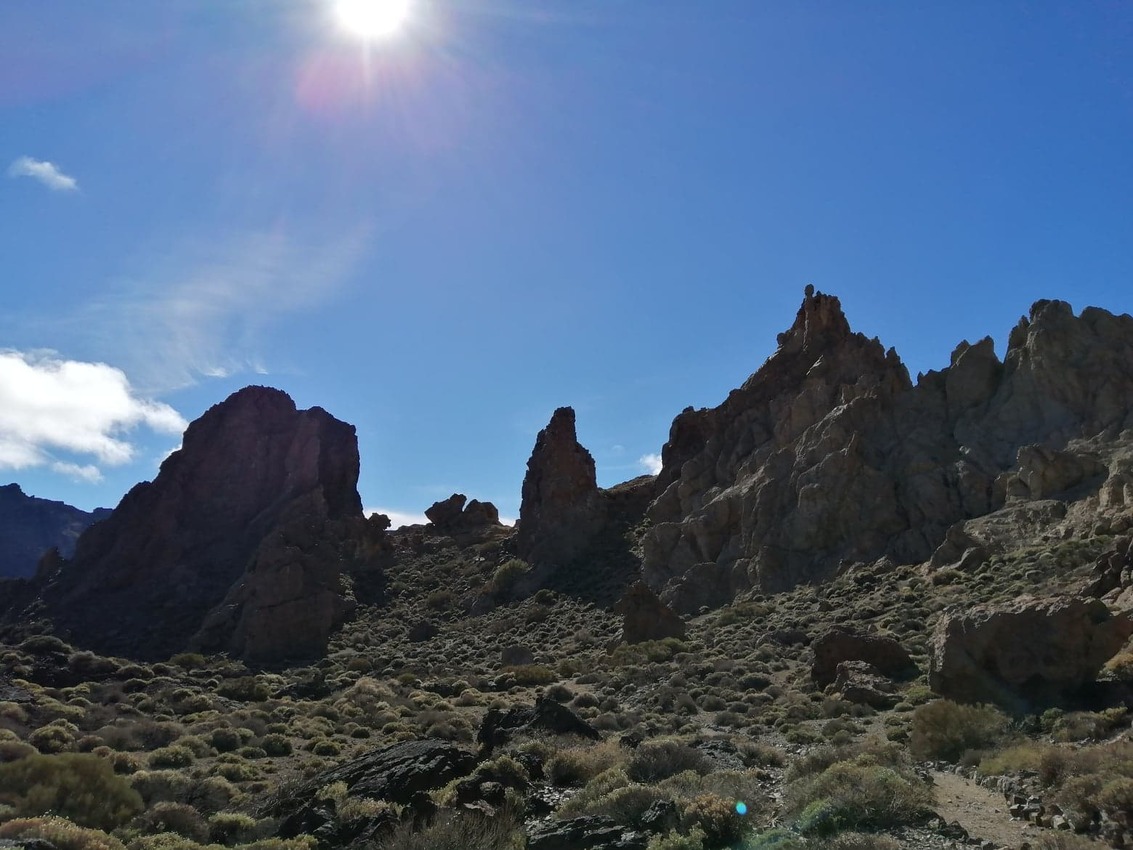 Travels in Tenerife and Yoga Retreats

We have been living quietly in Los Cristianos for the last few weeks, enjoying the sunshine and the rain and the wind. It is the middle of winter here too which means temperatures of around 16 degrees some days and Tinerfeños swear it is never this cold. Storm Filomena has been causing havoc across Spain including this extreme weather here.

Time has been spent in Tenerife teaching yoga on our regular schedule and continuing with the couch to 5k, I am now up to a non-stop jog of 25 minutes which is great going in a few weeks. Feels really good and I need to keep going.

A few useful details about Tenerife. It has a population of 900,000 with 200,000 living in the capital of Santa Cruz de Tenerife. 6 million tourists visited the island in 2019, the most popular of all the Canary Islands. It will take a while to reach these kinds of figures again and it is currently very quiet.

We hired a car for a couple of days and got out of the town visiting the impressive Teide volcano (3,715 masl, 12,200 ft asl. It's a decent twisty drive to get up there and then we had a walk around the Roques de Garcia around 2,000ms, 6,000ft, quite simple, around 4kms total with one very steep part at the end. It's a decent well marked circular route. There is also a cable car which takes you to the top, unfortunately it was too windy and therefore closed. Handy hint it can be very chilly so wrap up warm. You can see some of our photos here.

On continuation we drove past Los Cliffs of the Giants (Los Gigantes), went to the small town of Masca which is also known for a beautiful walk all the way through a gorge to the coast, we didn't have time to do the hike but we could appreciate the small village of 90 inhabitants that is along one of the most incredibly windy roads I have ever been on. I do wonder how they would get a bus there, as there is a bus stop.

The following day we drove around 1 hour to Santa Cruz de Tenerife. Our visit is on the 6th of January which is a major holiday in Spain, the Bajada de Reyes (Descent of the Kings). Shops and tourist places were closed but there were a few people around going to restaurants close to the port.

Santa Cruz is a lovely city, old, colonial, huge port, there were many cruise ships anchored just off the coast and "The World" was in dock. A number of small plazas, nice statues which you see all over the islands. Its one of the 3 largest ports in the world for cruise traffic and has routes to Europe, Africa and the Americas. Photos of Santa Cruz de la Palma.

We also did a couple of tourist trips as we will be running a yoga retreat here and wanted to see what options might be available. We did a baptism scuba dive which is like a test dive to see how you get on. Its about 2 hours in total getting dressed, receiving instruction, walking down to the sea and then getting in with all the gear and the instructor. The breathing takes a bit of time to get used to and the popping of the ears but wow what an experience. 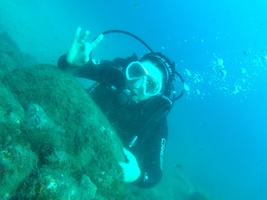 Our other water experience was snorkelling, we are both big fans and enjoyed seeing turtles and rays, I have never seen turtles so close and it was incredible. No photos as my phone was in the office so the turtles are recorded in my mind. Thanks to Arona Diving Club for their professionalism.

Our stay in Los Cristianos and Las Vistas has been very different to what we were expecting to do at this time of year but it has been wonderful. We are thoroughly enjoying this digital nomad life.

I am also very excited for next months blog about La Palma, La Isla Bonita as it is an eye opener.

If you are interested in one or more of our yoga classes let us know or check out our availability.  We also teach private yoga classes which can be traditional yoga or yin yoga, whatever you prefer and of course you can also sign up for a yoga retreat just have a look at our website and as I say we will be adding a Tenerife Yoga Retreat very soon.

You can also get a hold of us here this is where you can also ask us questions about yoga classes or anything else really.