Yoga around the world

Our yoga travels start in Athens and the island of Poros in Greece. 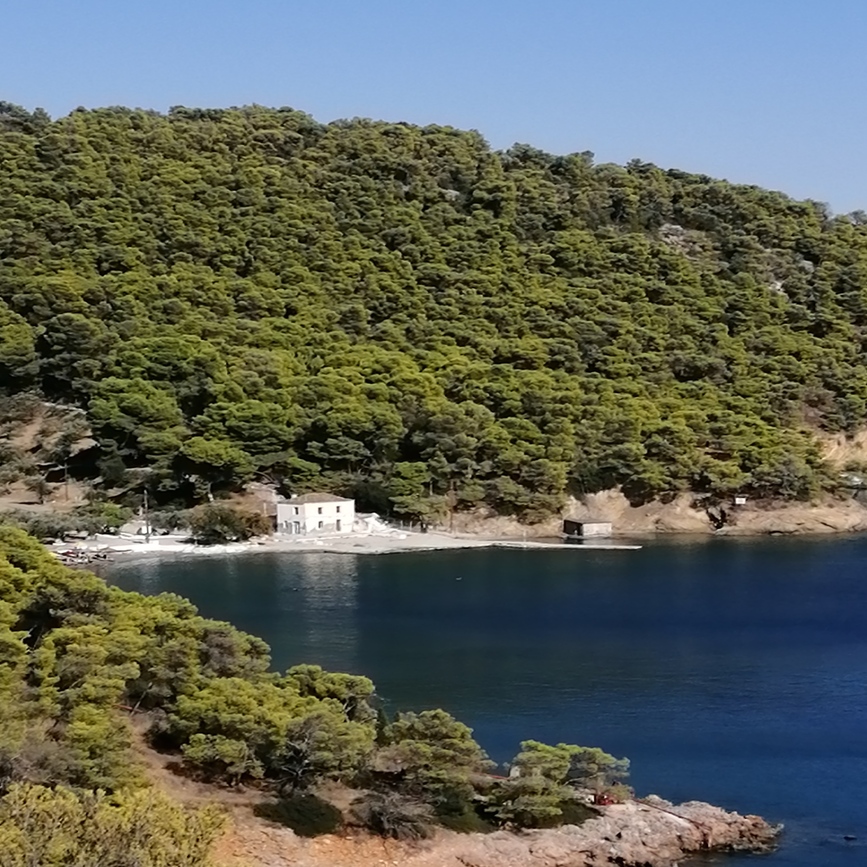 Yoga around the World

Kalimera. We are in Greece on the Greek island of Poros, participating in our own mini yoga retreat with at least 2 hours of yoga everyday and swimming in the sea.

We arrived to Greece over a week ago into the capital city of Athens where we booked an apartment close to the National Museum of Athens and the metro station of Victoria. The apartment was great and as we had space and wifi it was easy to continue giving yoga classes over zoom.

Our first full day in Athens we hit the supermarket as we find it the most cost effective way to stay in one place is to cook and to be fair I love a foreign supermarket. We then headed out to the National Museum of Athens (€12 per person). They had an amazing Hadrian exhibition on as well as the permanent exhibition of Greek sculpture. It's a beautiful building and a fascinating and eclectic collection.

Yoga is part of our daily routine here, either in the morning or afternoon or both and in Athens we combined that with quite a bit of walking. For the next couple of days we bought a 48 hour all lines red bus ticket. (€26 per person). In reality it is a lot less expensive to use the metro however the bus does give you quite a bit of information and you get to see the city from above.

We used the bus to go to the Acropolis and the hill just in front. Here we took the combined ticket (€30 per person) which offers access to a number of places around Athens to be used over 5 days. The ticket does not include the Acropolis museum which in hindsight I would have visited before the Acropolis as the history was incredible.

We got back late and taught yoga that evening and had a very late dinner, very late for us anyway.

The red bus in reality does a lot of toing and froing along the same road and I saw the Parliament soldiers many, many times over the 2 days as we passed them about 6 times a day. We took the beach line which was great to see some of the city beaches. Although we didn't, you could also visit the Vougliagmeni Spa Lake, had we known we probably would have done.

A final day in Athens was spent using the metro. We had to head out to the port to get some ferry tickets to Poros, super straightforward and the ticket was only €4 per person for 24 hours which meant we could use it to get back to the port the following day to get to Poros.

It was sad to say goodbye to the city and our lovely apartment but nice to get on a ferry and towards beach country.

Arrival to Poros was easy, it's a small island only one hour ferry from Athens (€24 per person) and the hotel was a 15 minute walk from the pier. The hotel was okay but the kitchen a bit rubbish as was the internet. It made taking our regular Saturday morning yoga class a bit difficult as the internet flicked in and out. The beach however is lovely, a few pebbles as you get in and then sand and completely clear water. Even stood up to your chest you can clearly see your feet.

Poros is quite the place it seems to be made up of small villages and houses, aparthotels and lots and lots of boats. Some rather swanky looking catamarans and some beautiful sail boats. Makes me want to take up sailing and will definitely be looking to try that for a week sometime soon. The main port area has some lovely shops, restaurants and bars and lots of very cute streets, its been lovely.

There are also a number of different beaches which you get to by walking or you can hire bikes, mopeds or ATV's. We have walked everywhere so far including a very long hike to Poseidon's Sanctuary. The archaeological remains sit high on the island and offer fabulous views of the mainland. Poseidon's Sanctuary dates back as far as 520BC although it could be even earlier. The feet were definitely hurting after that as 9 miles in 33 degrees was quite tough going, fortunately we took lots of water.

The rest of the week we spent exploring other beaches and of course practicing yoga. My favourite beach was either Kanali beach which is where we had our morning swims or the Monastiri beach which sits just below the Monastery of the Eternal Spring. The beach was protected in a little bay so no wind, really delightful.

Yoga also worked really well and we taught a mixture of both Iyengar, hatha and yin yoga and also attended our weekly yoga class with Karuna White. Maybe a yoga retreat here in the future.
All in all a fabulous stay in Athens and Poros, now back on the ferry to Athens and then a short flight to Chios, see what that brings. Be in touch again soon.